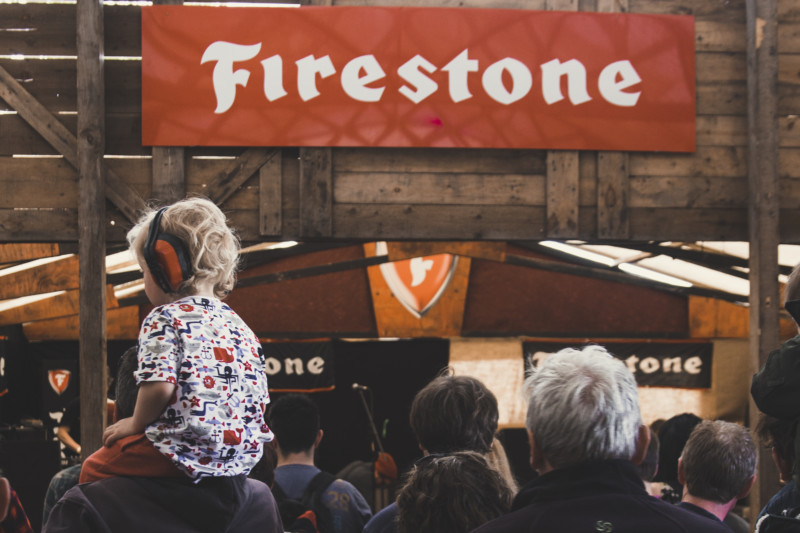 We are delighted to welcome Firestone Live to Vantastival again this year, with another opportunity for unsigned bands to win a coveted prize worth over €4,000 in the Firestone Battle of the Bands competition! 12 up-and-coming Irish acts from our 2018 line up have been chosen by Firestone to take part. Voting will run online until 8th April, with the public vote reducing the initial 12 acts to five, who will then participate in a live final at Odd Mollies venue in Drogheda on April 26th.

In the running for this year’s Firestone prize:

The winning band, which will be chosen by a panel of music industry professionals, will receive a significant prize package including a 2 track recording session at Dublin’s Herbert Place Studios and €1,800 worth of music equipment from the well known Musicmaker store in Dublin. They will also be featured as the headline act on the Firestone Music Station stage at Vantastival 2018 and as a Main Stage act at Vantastival’s 10 year anniversary in 2019. All 12 bands taking part in the competition will feature on the Firestone Stage at this year’s festival.

Check out full details of the competition and vote for your favourite act now at battleofthebands.firestonetyre.ie.

We are delighted to be able to release more tickets for our Native Sounds events next weekend!  Due to new government guidelines coming into effect on 6th September, we have been able to release extra tickets for next week so get yours now! We are also thrilled to announce the addition of I Draw Slow…

Welcome back Vantastivallers! We know you are all waiting for news on this year’s festival and thank you for your patience. We are making quite a few changes this year and are currently confirming details. All will be revealed by mid-January. In the meantime, thanks for your support and Happy New Year!!!

This year’s scrapheap challenge will again involve the makeover of an old van in the week coming up to the festival. It will be fitted out as a campervan on site over the weekend by a team of conversion enthusiasts led by carpenter Ian Hurley. There will be short daily workshops on the various aspects…

Vantastival presents the mesmerising Jack L in an all ages festive concert at Beaulieu House & Gardens, with support from The Maynooth Gospel Choir. A true entertainer lauded for his stunning live shows, Jack will unleash his powerful vocals in a heated marquee on the lawn of Beaulieu House. His performance will be preceded by carols and seasonal favourites from the…

We are delighted to announce that once again we have been nominated in several categories at the Irish Festival Awards for Vantastival 2013.  We previously won awards for both the 2010 and 2012 festivals, and this year you can vote for us in the following categories: Best Small Festival Best Line Up Family Festival Award…