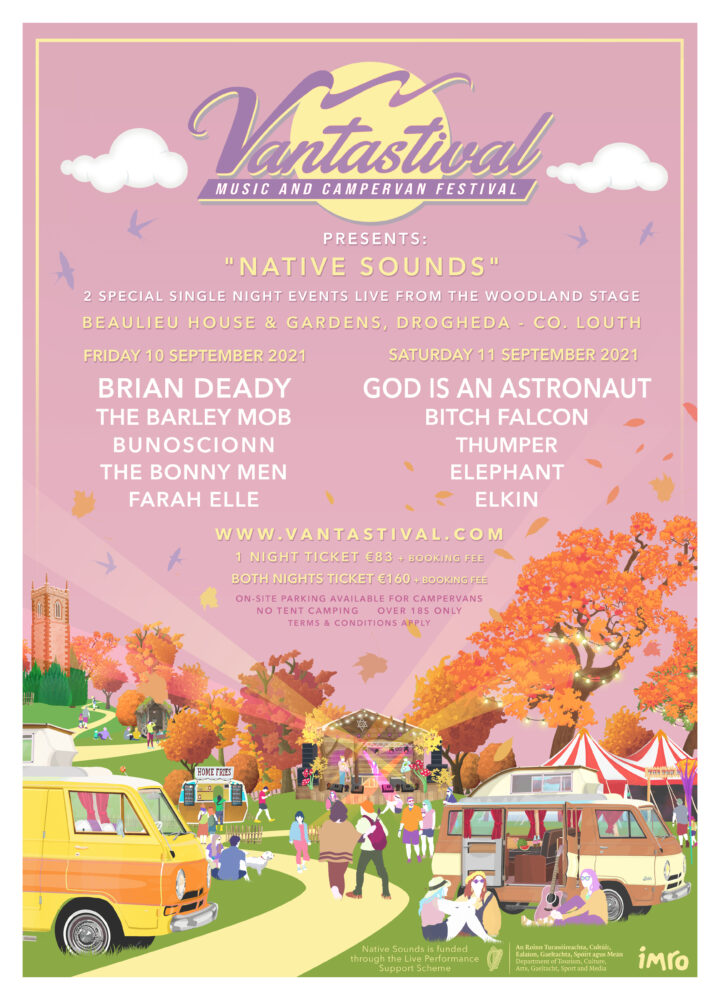 We are very excited to announce the line up for Native Sounds on the 10th and 11th September!

Friday 1oth September will be headlined by soulful Cork singer-songwriter Brian Deady, with The Barley Mob, Bunoscionn, The Bonny Men and Farah Elle filling up the line up.

Wicklow post-rock outfit God Is An Astronaut will headline the Saturday night following sets from Bitch Falcon, THUMPER, Elephant will bring a full band show earlier in the evening. Folk-pop duo ELKIN will be the opening act on the second day of concerts.

Native Sounds at Beaulieu is funded through the Live Performance Support Scheme with additional support from IMRO. Tickets go on general release on Tuesday 13th July at 1pm. 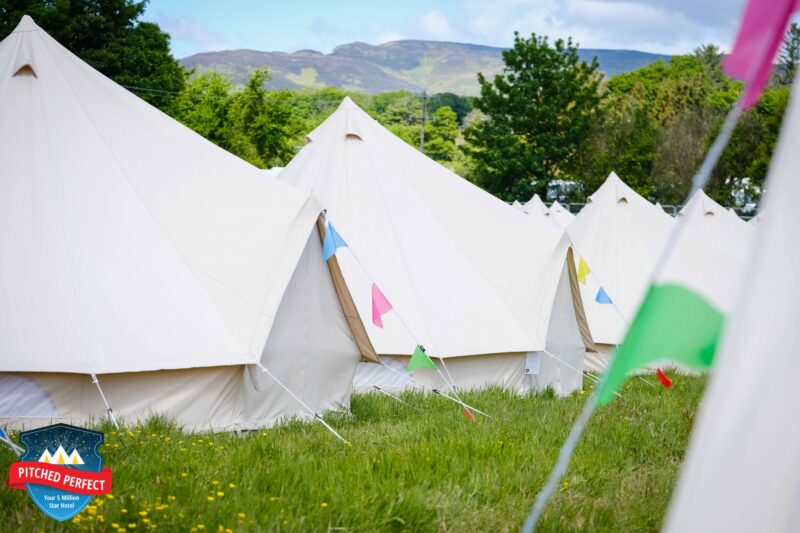 Camp in style at this year’s festival! If you don’t have a campervan and fancy a bit more comfort than a regular tent, then why not treat yourself by booking in to boutique camping with Pitched Perfect?  Perched on the lawn in front of Beaulieu House, from your bell tent you’ll have a spectacular view… 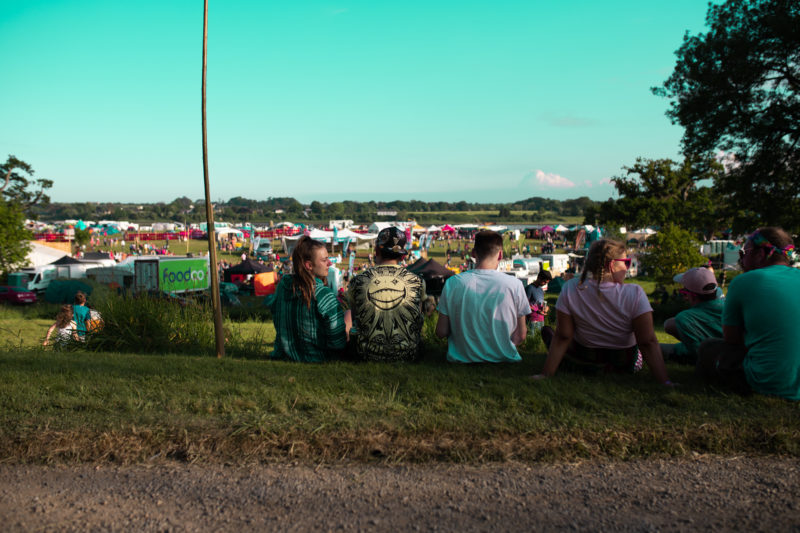 We have now moved to the festival site for Vantastival 2022!! Festivities kick off tomorrow. The car park will open at 10am and the campsites and arena open at 12 noon. We can’t wait to see you all back at Beaulieu House & Gardens! All you need to know…. Online ticket sales end at 11.30pm…

Andy Smith (ex. Portishead), The Eskies, Fish Go Deep and Blood and Fire Sound System feat. MC Brother Culture have just added to this year’s line up! DJ Andy Smith made his name as Portishead’s international tour DJ and his sampling formed the basis of the band’s unique sound. He is an underground producer…

[su_note note_color=”#ffffff”] NOTICE:Due to unforseen circumstances, shuttle bus will not run ON FRIDAY. It will resume normally on Saturday at 10:30am. Elite Cabs in Drogheda are doing a special rate for taxis to and from Drogheda over the weekend. Elite Cabs 041 98 333 98. The rate is €4 a head for a minimum of…

We are delighted to bring back The Glasshouse Stage this year, an intimate acoustic experience in the newly refurbished 18th century glasshouse within Beaulieu’s enchanting walled garden. It will run from 4-9pm on Saturday and Sunday and showcase some great musicians. Well known for his distinctive Hot Press illustrations, singer-songwriter David Rooney will perform with French…

Our wonderful videographers Ryan McMullan and Blaine Sweeney put together this fantastic video from the June bank holiday weekend, featuring the track ‘Maya’ by Third Smoke. See if you can spot yourself! We hope everyone is having a wonderful summer. Stay tuned come September as we begin planning for our 10 year anniversary! VANTASTIVAL 2019:…